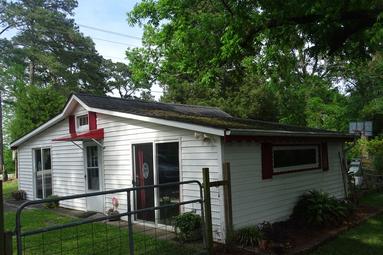 CHOOSING AN INSTRUMENT TO GET STARTED ON GUITAR 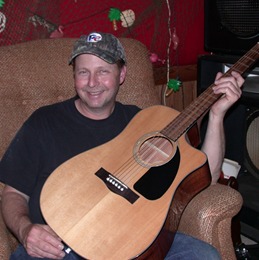 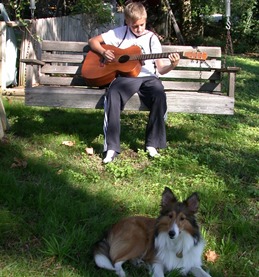 Practice is what makes or breaks you as a student. Fact. Those that practice move ahead. Those that don't practice waste their money and time. I've seen this time and again. Don't take lessons if you think you won't have time to practice. I dislike teaching students that won't practice at all.

I ask my students to practice ONE HOUR per day. This can be broken into 15 or 30 minute segments.

​I have found that students that actually practice an hour per day graduate from my BEGINNER lessons in around one year. Those that practice less can drag this out to two years or more. YOU SAVE MONEY BY PRACTICING.

I like to do a FREE "Meet and Greet" session with each student. I frequently stretch this out to 1 hour- in essence a free lesson. During this time I will try and see if WE are compatible, see if your GUITAR is good enough for beginner lessons, and see how much prior KNOWLEDGE you have and what direction you want to head, your GOALS. Again, this is free. If you don't like what you hear, DON'T COME BACK. So you have nothing but time to lose. Call me to set up this free "Meet and Greet" session. LADIES: You won't be able to effectively play guitar with long fingernails on your fretting hand, usually the left hand's fingers. You've been warned. 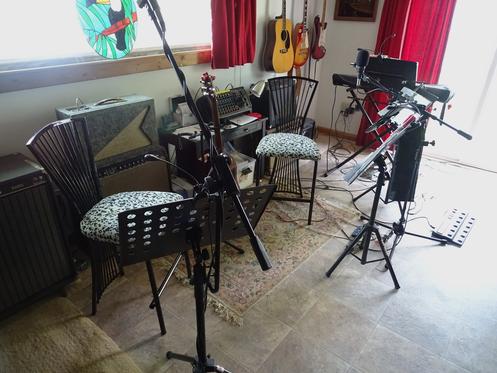 The following paragraphs are not essential to read now....unless you are not learning fast enough on guitar, OR you do not yet have a guitar to play, OR you need to learn of different ways to start learning guitar: 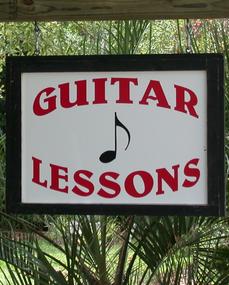 ​RECOMMENDATION by a Parent of a Student. BOTH were taking lessons at the same time with me (the father on bass, the son on guitar):

"My son started playing guitar for the first time ever in September 2010. I could not be happier with Mike and how my son is playing. After wanting to learn how to play guitar for since college (and one failed attempt to learn) I approached Mike to inquire about me taking lessons. He had been teaching four children, all under 13, at the time. I started taking lessons in January 2011 and although I haven t progressed as fast as my son (which is very humbling) I now can play guitar to a certain extent. I switched to playing bass guitar in December 2011 and have been working with Mike since with bass. Watching and working with Mike over the last year and a half have been a pleasure for my family and myself. Mike, with his teaching background, works well with a variety of personalities. I watched Mike at his student s guitar recital last year handle a diverse group of personalities from his students and work to each of their strengths. There isn’t another guitar teacher that I would want my son or myself to work with."  Dave Schneider

​My students are required to bring 3 things with them to each lesson: their guitar, a tuner (I like the inexpensive "clip-on" type tuners (Snark brand, $11-15,) and a 3 ring binder notebook with 10 - 20 sheets of paper. That's it. If you own a smart phone, there are free apps that can tune your guitar. I still recommend a clip-on style tuner because your phone's mic will pick up other sounds/guitars around you and make you have to tell others to be quiet so you can tune. That's not a problem with clip-on style tuners.

One free lesson is offered to each student that gets on the honor roll in elementary, high school, or college. This is to encourage excellence in all aspects of one's life and to teach that effort pays, no matter what you do. Please bring me the report card.

I charge $30 per 1 hour lesson. That's $120 for FOUR lessons, quite reasonable for my experience of 12 years teaching guitar. I do ask for payment BEFORE the lessons begin (not counting the free first lesson.) I take checks or cash. I've had a couple students that pay by the lesson. It's your choice. Please notice that I have NO CONTRACT FOR YOU TO SIGN, NO MINIMUM AMOUNT OF LESSONS that many teachers demand. If you decide to stop taking lessons, I will refund any money I have not earned. Promise!

Instruction for BEGINNER up to INTERMEDIATE LEVEL

If you are not a beginner, please see the PERFORMANCE GUITAR page. If you don't know what your level is, just visit me for the initial free lesson, and I will determine your level. If you are seriously looking for a teacher, please read HALF of this page so there are no surprises later. 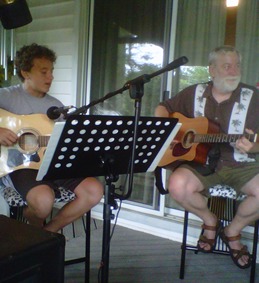 DAYS and ​HOURS of INSTRUCTION:

My hours and days of instruction are pretty flexible. Just ask. I do like to start after 1 PM and finish by 6:30 PM, MONDAY through FRIDAY. I don't advertise and seriously don't want more than a handful of students. That way I'm not rushed or stressed, and you get my best work.
​

​​It is often recommended to only touch lightly upon music theory during the first year of guitar lessons. So do not expect a lot of boring repetition of scale playing. No music notation is taught here. I have repeatedly seen music teachers kill student motivation with their demands the student learn scale reading and music notation. Instead we use mostly CHORD CHARTS and some of the world-wide "guitar language" called Tablature or Tab for short. Motivation and enjoyment are too important to cloud it with music notation at this stage of learning. We do scale playing when learning lead guitar soloing unless you opt to NOT learn how to play solos, which a few students do decide to skip. And all my students learn the chromatic scale (used in all Western music) when we move on to barre chords. I know ONE PRO guitarist in my 55+ years of playing that USES music notation, and he only uses it 1 hour per year, on average. Think about that. NONE of the Beatles could read or write music notation!

Basically, my students go as fast as their ability and amount of practice will allow them. Those that practice the prescribed time -or more- advance much faster than those that only practice a little. It's common sense.

SEARCHING NOW FOR A GUITAR?

Of course the best guitar or bass to start is a free one, so long as it is playable.  The next best would probably be a used guitar, say from a pawn shop. A nearby city, Havelock, seems to have more than its share of used guitars in their pawnshops. Those young Marines at the base there often get nice guitars and then decide they don't want them. So Havelock is a good place for pawnshop finds. But if you don't want surprises later (say from a bowed guitar neck that can't be straightened, etc.) then maybe a NEW beginner guitar is for you. I highly recommend shopping locally. Here in New Bern it's Fuller's Music on Trent Road for new guitars. Wade Fuller, owner and manager, is a very good man. Ask for Jon, his assistant manager, and tell him I sent you: Phone 252-638-2811.  https://www.fullersmusic.com/

If you want to shop the web, try Sweetwater.com. You can modify the search by clicking on the parameters on the left column, like say "electronics- yes" to find ONLY acoustic/electric guitars under $300.   https://www.sweetwater.com/

Another web source I've had great luck with over many years is Musician's Friend.   https://www.musiciansfriend.com/   Prices are almost exactly the same at both.

I recommend Yamaha and Epiphone acoustic guitars for the quality/price point.
​AVOID IBANEZ BRAND GUITARS! They have good prices, but POOR customer support. I once got an Ibanez acoustic electric guitar for a student who lost a small, plastic volume control knob on it. Ibanez refused to sell me the $1 part and insisted I buy the entire $150 preamplifier the knob was attached to! This is silly and unfair. I no longer even look at Ibanez guitars.
If you're willing to get an instrument you'll likely keep a lifetime, look for Fender, Martin, Gibson, or Taylor guitars, IF they are made in the U.S.A. (SOME ARE NOT.)  But I own a fine Takamine jumbo acoustic that I dearly love, made in Japan.
DO NOT RUSH YOUR SEARCH!
​Good luck!

IF YOU DO NOT HAVE A GUITAR- IF YOU NEED PRODDING TO MOVE FORWARD, PLEASE READ THE FOLLOWING

I teach ages 13 and up. I recommend ukulele for younger ones. There's less of an investment in the instrument if they decide to quit lessons, which is OFTEN. Ukuleles are smaller than guitar,( but small, medium, and large ukuleles are available!) Ukuleles fit a kid's body and hands better. The strings are nylon and softer to play than steel string guitars. Once you learn to tune a uke, learning it is easy. The chord shapes are almost all the same (but with different names,) except it's just four strings, so switching later to guitar is easy. If you have a young child, consider getting a ukulele. Sorry, but I do not teach ukulele at this time, or drums, or bass, though I play them all.
I do not consider myself an advanced guitarist. Because of this I prefer to teach beginners- up to intermediate players. I play and teach rock, blues, country, gospel, Americana, folk, some bluegrass, etc. I do not play any jazz or classical. If you are already an intermediate player, you can ask if I will take you as a Performance Guitarist, with emphasis on live performing. See the Performance Guitar page for information.